Memoirs of an MK, Chapter 1

Cat urine, if it is the right kind, reminds me of my neighborhood in Santiago, Chile where I grew up. Our house was in a cul-de-sac, a dead-end street and there must have been eight houses on the street, each with an iron fence and gate, each with a Chilean family but for ours. We were American.

There was a little store on our block, just a three or four minute walk from our house. We would go there to buy basic staples - milk, sugar, or candy. Once I saved up enough pesos to buy a HUGE chocolate bar with a picture of a train on it. It was disappointing. The shaded sidewalk that led there was lined by a kind of cactus. I remember Felipe, the neighbor boy, telling me that if you broke off the tip and rubbed the green juice on a cut, it would heal faster.

Felipe was a skinny child, skinny and short. The day we moved into our little, wooden house, Felipe came out of the yard next door with a hammer and hit my brother, Chris, in the stomach. No. This was not typical Chilean hospitality. It was plain odd. Felipe grew to be one of our best friends and he was there when we put on the play in our backyard.

The walls of our backyard met in the back corner at a sharp angle. Concrete walls, they were composed of cement posts placed upright into the ground with big slabs laid between them three high to form a two meter barrier between us and the neighbors. This far corner was paved and was joined with the front walk by a series of concrete stepping tiles. Built into the left wall was a concrete grilling area that I don't remember ever actually using. On the right was the fig tree.

Rising up to 30 feet or more, it shot up at a weird angle, as fig trees have the habit of doing. Back in this paved area there was often an ample supply of firewood stored for burning during the cold Chilean winters. This area was often slippery because of the bright red, seedy guts of fallen figs. The sweet smell of the fruit would blend with the smell of wet firewood and cat urine and create a unique concoction.

The day we put on the play must have been in summer and it must have been near the end of our stay there, sometime in the mid 80's. Our ham radio antenna that used to tower over our block was down and served as bleachers for the neighbor kids' parents. I don't think I've ever seen 'How the West Was Won' but I think that's what we called our play. At one point, in one of our only stunts, a fake punch was thrown and Felipe spit out rice which was supposed to look like teeth getting knocked out. And Pepe slipped. He was big for his age, and a bit clumsy. He was supposed to climb on the roof of our playhouse and he slipped.

My dad video-taped the play and he must have forgotten to push the AWB button which gave the taping a pinkish hue. We would watch it and laugh when Pepe slipped. I spent a lot of time in that backyard. It was the perfect training ground for my imagination and it was where I learned if you're not careful, you can slip on figs.

Posted by Jason Casey at 8:56 PM No comments: 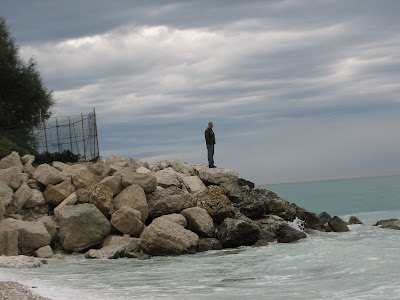 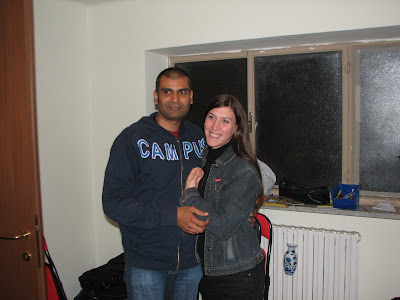 David and Barbara, the newest family to join our church community 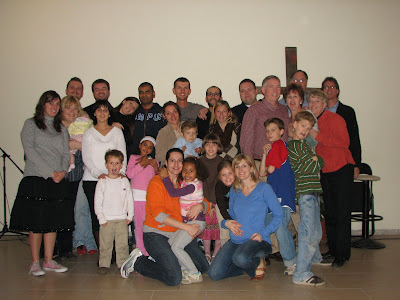 Group shot after our church gathering one Sunday 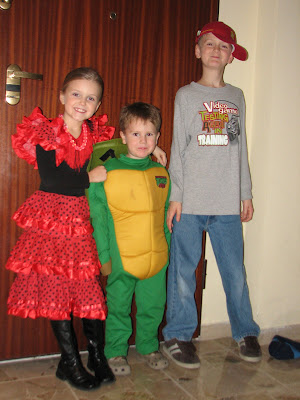 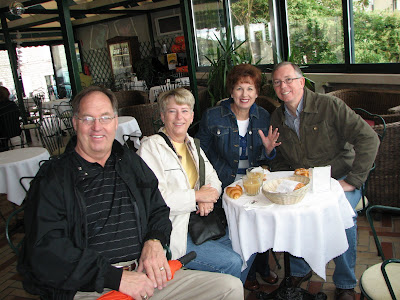 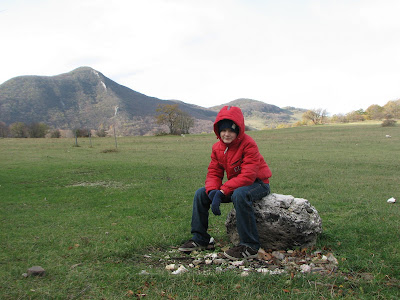 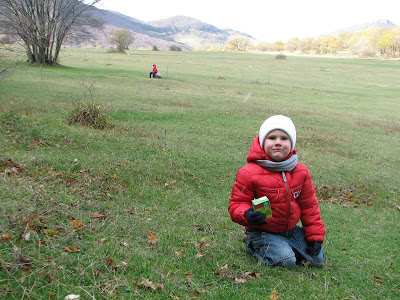 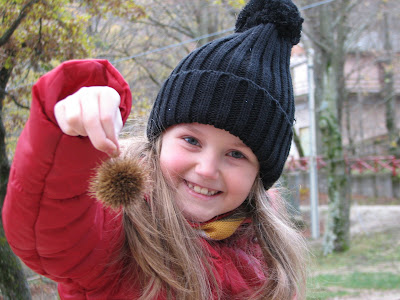 Haven showing off a treasure 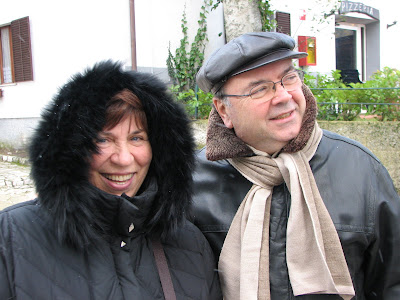 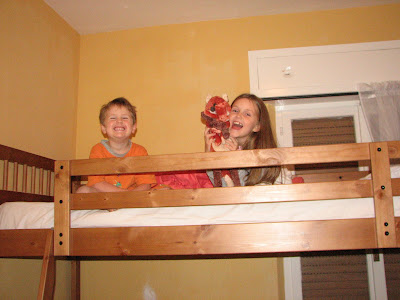 Posted by Jason Casey at 8:16 PM No comments:

Well, the repaving of Ancona's main downtown street is about 75% done. It used to be a busy, one-way street where everyone would double park and run into stores but the mayor brought an end to all that. He had the street ripped up and paved to make it a pedestrian area. The shop owners all complained about their business decreasing, but they have quieted down. It is now much quieter. People are walking more and it is safe for kids to ride their bikes. It makes downtown Ancona a bit more like some of the more popular tourist centres in Italy. Mayor Sturani, I applaud you. 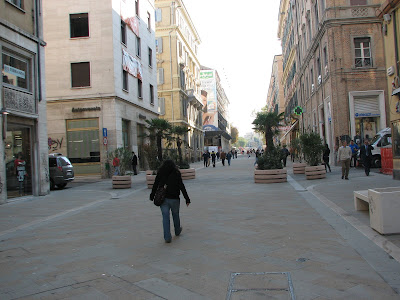 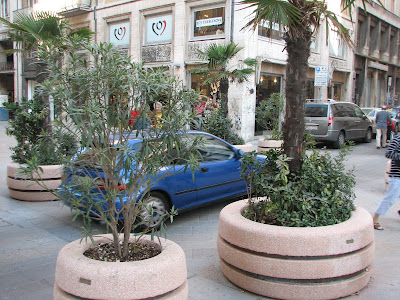 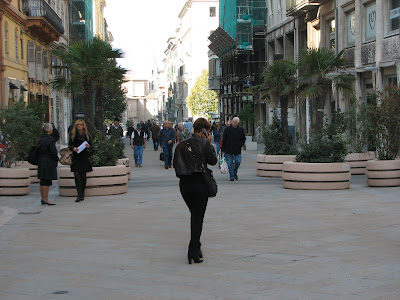 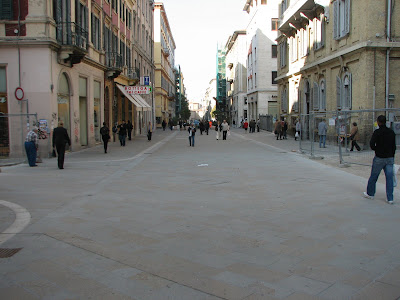 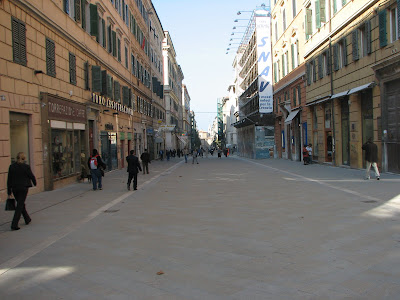 Posted by Jason Casey at 8:08 PM No comments:

Actually it was only a bit over nine...but check it out.

As any missionary knows, the closer you get to 'furlough', the more your mind, heart and calendar begin to be filled with the thoughts, concerns and tasks associated with it. I've held off as long as possible, but am now just three weeks away. I'm working on the two classes I'll be teaching at Ozark and am thoroughly enjoying it. I'm reading, researching, writing, planning and finding in the process that it is sharpening my mind, stretching my assumptions, strengthening my faith and renewing my heart for the work God has called us to.
Posted by Jason Casey at 8:54 AM No comments:

Man, I've been dry lately. The Thanksgiving parties this weekend went really, really well. We had 31 Friday and 31 on Saturday. Great conversations. Very relaxed. It was great to see our team and church blend and work together. Thanks for praying for us and thanks to those of you who sent special food and decoration items - hope to share pictures soon!
Posted by Jason Casey at 12:08 AM No comments:

"It is a poverty to decide that a child must die so that you may live as you wish."

Yes. The Church must take better care of youth and women facing tough decisions and dark situations, but She must also stand up for those without a voice.
Posted by Jason Casey at 1:18 AM No comments: