What are YOU reading?

I'm just curious to know what you all are reading these days?

Heather just finished 'Christy' by Catherine Marshall. She's now reading 'TrueFaced'. Jacob's reading 'High School Musical' in Italian. Haven is reading one of the Chronicles. (I just found out she's reading The Lion, the Witch & the Wardrobe.) I'm reading Pete Greig's 'The Vow'. Next on my list is 'Growing Up Catholic' and then 'TrueFaced'. 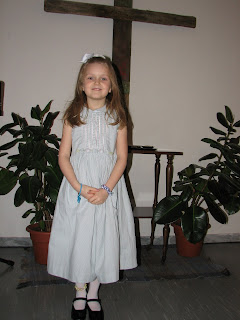 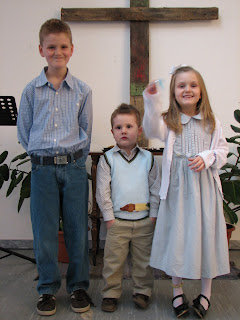 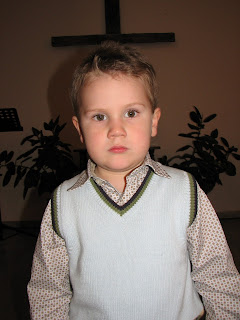 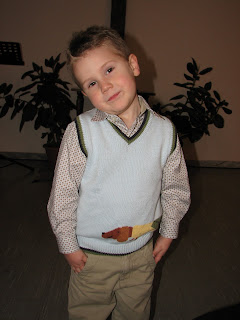 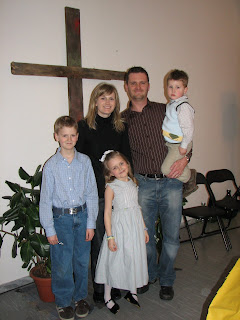 Every year we say that we want to go somewhere on a 'real' vacation during Easter break here. You know, to take advantage of the fact that we live in Europe! Well, this year because of the crazy dollar and the crazy weather, we decided to take a day trip. We had heard from a few people of the hidden town of Castelluccio on the border between Umbria and Le Marche. It is situated on the top of a hill in the middle of a plain nestled in a valley at the top of the Sibillini Mountains about a 2 hour drive from Ancona. Well, we borrowed the Rotert GPS, loaded up the car and headed out. We got within 6 miles of the town, at the very top of the mountain range, surrounded by snow and within sight of Italy's 3rd tallest peak (Monte Vettore) when we decided to turn around. The roads were beginning to be covered with ice and snow and I hadn't thought to bring the snow chains. Grrr. So we slowly wound back down and found a wonderful place to eat some lunch and then we explored the nearby town of Acquasanta and the hot sulfur spring from which the town gets its name (Holy Water). As we drove home this afternoon, the storm clouds began pouring fresh snow and rain down and we were glad we just made a day trip of it. Happy Easter weekend to everyone. May the risen Christ continue to lead you into the fullest possible life! 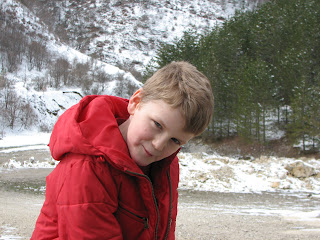 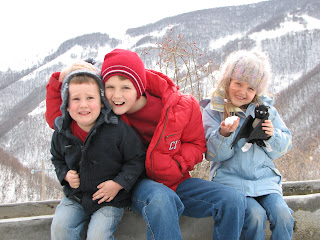 Harrison, Jacob and Haven at a frozen watering trough. 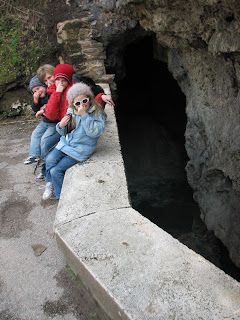 Heather and the kids sitting next to the hot, stinky, sulfur spring as it
pours out of the side of the mountain...all four with plugged noses. 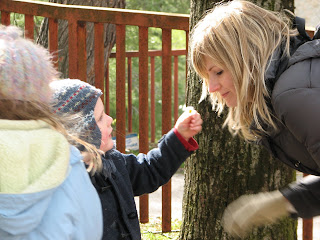 Harrison offers his mommy a flower. 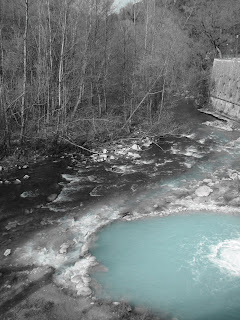 I froze the color of the spring as it pours into the Fiume Tronto
to show the difference in temperature...a beautiful shade of blue.
Posted by Jason Casey at 10:14 PM 1 comment:

Haven with an eyepatch, but not a pirate

Today the school called and informed me that Haven had poked herself in the eye with a matita. That would be a pencil. I took her down to the emergency room and the ophthalmologist confirmed that she had a slight tear in her cornea. He applied some drops and then a lot of paste and slapped a patch over her eye. She goes back in tomorrow for a check-up, please pray that there will be no infection or long-term harm. 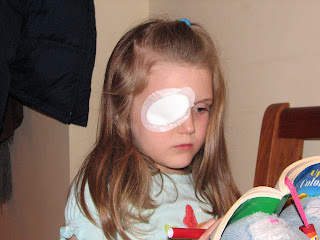 And these, well, these are just for the grandparents and uncles and aunts... 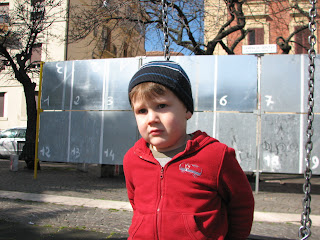 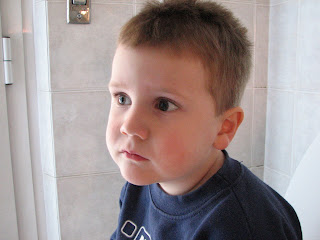 Those of you that follow along with our blog know that our friend Massi is in the hospital. He is diagnosed with myelofibrosis and has been in the hospital for a month. He is waiting for his white blood cell count to increase so that he can receive a bone marrow transplant. Brian has been doing a great job of keeping the team and church updated on his condition and has gone to visit him several times. The first time I accompanied him we weren't able to see him but instead stayed in the waiting area with his fiance' Rosa. Yesterday I went back out with him and we were able to see him. After we scrubbed and put our masks on, Massi met us at the door rolling his 'IV tree' along with him. We made our way to a small waiting room and sat down in the dark to talk.

As Massi and Brian started talking, I found myself in a dream-like state. I had my mask on upside-down which caused my breathing to fog up my glasses so I took them off which made everything extremely blurry. I joined the conversation distantly, listening and offering encouragement as I could. My eyes kept getting drawn back to the IV tube and the dripping of the blood.

Man, it makes me think. The whys. The meaning of it all. Posters on the wall of the darkened room tried to put detailed medical information into terms we can all understand. But my eyes couldn't focus. I went back to watch the dripping. At times there were lulls in the conversation, as if we were all thinking the obvious, as if the big question was there, looming over us. You could hear our muffled breathing behind our masks and the dripping continued; donated blood of a stranger slowly entering Massi's body, bringing new cells and maybe hope?

We left after about an hour. We prayed with him. We hugged him, trying to avoid the IV tubes carrying the bright, iridescent blood into his body. And we left. The doctor says there isn't much hope for Massi if his levels don't rise. Looking at him, head shaved, wearing a robe, tubes coming out of his body, there doesn't seem to be much room for hope and somehow.

And yet we hope.
Posted by Jason Casey at 5:08 PM No comments:

Night of the Living Garden Gnome?

I read today about a terrified little town in Argentina where a gnome-like figure has been spotted walking (sideways) the streets at night. I thought it sounded funny until I watched the video. I'm scared.
Posted by Jason Casey at 4:17 PM 1 comment:

After school today we took the kids on a 'Baraccola run' which means a quick trip to the outskirts of Ancona where the bigger shopping stores are. We stopped by IKEA for a quick (cheap!) lunch and ran into Novella and Giulia who joined us. We exchanged something and then ran by the toy store to see if they had a game that Jacob has been playing at school - they did, but it was too expensive and a different version. We decided to stop at the Auchan to see if they had it so we parked and Jacob and I ran in. They didn't have the game but we needed to pick up some flowers for our former neighbor, Lilli, who we are going to visit tomorrow afternoon. As we headed to the back corner of the store we passed a small display of international foods and my instincts told me to stop and look closer. I did, and this is what I saw:

Two rows of them. 1.79 euros each. I grabbed a half-dozen. Jacob grabbed one. Together with a dozen yellow roses, we had what we needed. We paid and were gone. On the way home we guzzled our Grape Fanta, wishing it was Welch's, but grateful for a little piece of 'home'.
Posted by Jason Casey at 10:15 PM 1 comment:

Update on Massi (with picture) 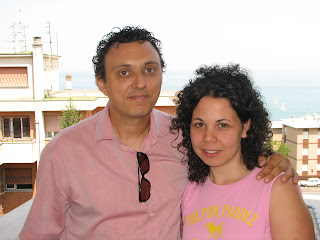 Thanks to everyone for praying! His situation has made a serious turn around. Brian spoke with him today and he's doing well. He's due to be released Monday or Tuesday to await his bone marrow transplant sometime in April. Please continue praying that he will be protected from infection, that the transplant donor would come through (and be blessed), and for complete healing. This is a picture we took of Massi and his fiance' Rosa last summer. Please pray for her too, for peace and strength as she cares for him and continues preparing for university exams.
Posted by Jason Casey at 4:03 PM 2 comments:

Well, we hosted another weekend prayer room and had 32 people spend an hour or more inside. Again, it was neat to see nearly 100% involvement from our growing church community as well as several of our friends who aren't. Check out the 24-7 site for more info on the concept and movement or check out this post from our teammate Josh's blog on his first-time perspective. 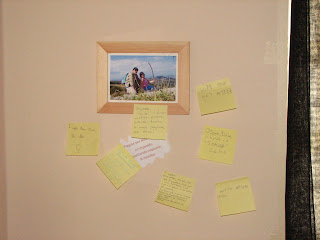 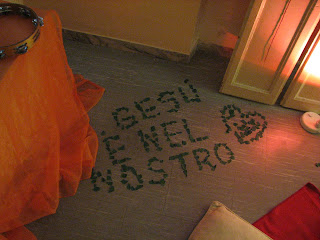 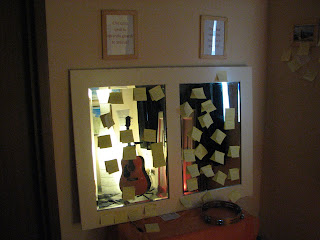 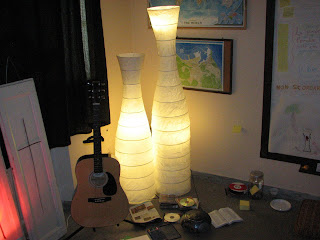 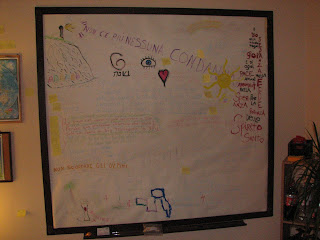 "...when our insecurities begin to dissipate in the arms of love (and it's never a quick process), we may well find that we are less driven and so able to enjoy a simpler, slower life. The ravenous man will continue to feast and slurp (his nose streaming and his eyes watering) at the table of the top chef, while we eat far simpler food, but with greater delight. A. W. Tozer famously said that the most important thing about you is the first thing that comes into your head when you think about God. He was right. It is only as we understand the reality of God's unshakeable love for us that discipline can flourish without becoming legalism and that we can serve Him sacrificially without striving for approval."

According to www.measuringworth.com, 300 pesos in 1985 was worth approximately...$2 US. You owe me a cinnamon-crunch bagel from Panera next time I'm in town. Deal?
Posted by Jason Casey at 7:35 PM 2 comments:

How much do you spend?

I'm curious. There was this email forward going around with different shots of families around the world with all the food they would eat for a week laid out on a table in front of them. Above each picture there was a total for how much they spent. I tracked it down and you can check it out at www.time.com and it appears to have come from the book, "Hungry Planet". The same author's previous book, 'Material World' was fascinating and I'd like to get this one as well.

Anyways, it lists the country with the highest food bill per week as Germany, with a total of 375.39 euros. At today's rate, that is equivalent to over $570 for food every week. I calculate that in groceries (not including cleaning supplies) we spend about 125 euros/week and then if you add in eating out, we probably spend 35 euros/week for a total on food of 160 euros. That is equivalent to about $240 for a family of five.

Anyone else want to weigh in? How much do you spend?
Posted by Jason Casey at 8:23 AM 5 comments: