OK - so it wasn't nobility

Well, going into the whole wedding deal, I didn't know a lot of details and was relying on the Italian elder involved. I left Ancona around 7:45 and arrived precisely three hours later at the castle - absolutely everything you would imagine a small, Tuscan castle to be.

As I met people and talked to the wedding party, I figured out that this was a young, American couple who just really wanted to have their wedding in Italy. The groom's whole family was there as well as the bride's father. In attempting to plan this wedding from the U.S., they did a websearch for a non-denominational, non-Catholic, church and came across the Church of Christ site and contacted the elders in Rome. When they found out that they wanted it done in English, they then contacted me. About a dozen believers from the churches of Christ of Rome, Prato, Pistoia and Florence were there as witnesses. There were three of us performing the ceremony.

It really was a pretty hodge-podge service, thrown together at the last minute with the poor bride trying to answer questions through a translator. The elder really held an evangelistic focus throughout the service, having those in attendance read Scripture and sing hymns. The keyboardist that the castle owner had contracted to play was clearly more used to performing in night clubs as half-way through the service he played a jazzy version of the Beatles' 'Yesterday', at the end, running his fingers down the keys and saying 'yesterday' in a breathy voice.

Apart from the awkwardness and unpreparedness, it really was a beautiful, little wedding. There is a chapel in the castle, small, with tall, tall ceilings. It is poorly lit and adorned with all the normal Catholic paraphernalia. The bride looked wonderful in a beautiful dress - the groom, of course, dashing. They were very patient as the ceremony was performed in two languages and as they learned some Italian customs as they went. The parents of the bride and groom were in tears by the end and were so grateful for our willingness to come.

Afterwards, the family ate a lunch together and the rest of us gathered on a terrace in the woods outside the castle walls to eat an Italian picnic. There was poetry, jokes, hymns and prayer and then we left to go home, happy to have been able to serve a family and hoping that our words and actions ministered to them and helped the young couple get their new life together off to a good start.
Posted by Jason Casey at 3:38 PM 6 comments:

Italian Nobility to be Wed in Tuscan Castle

I'll be leaving tomorrow morning, early, to drive to this Tuscan castle to help perform the marriage ceremony! Please pray for safety, wisdom and boldness. Pray that my life and my words might challenge the people and that the thoughts I share would be God's thoughts and that they might penetrate and be used for the growth of the Kingdom.
Posted by Jason Casey at 8:15 AM 1 comment:

In no particular order and with no captions...here's a little summary of our time together so far. We are packing the van and getting ready to head out on a two-day whirlwind tour of Pisa and Florence - see you when we get back! 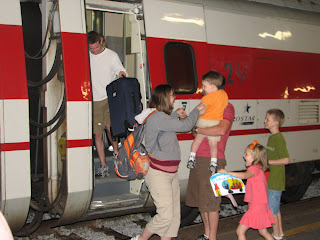 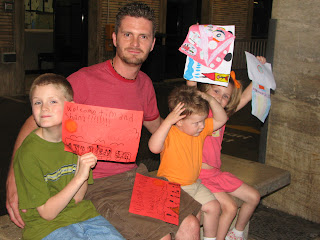 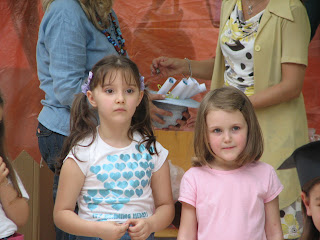 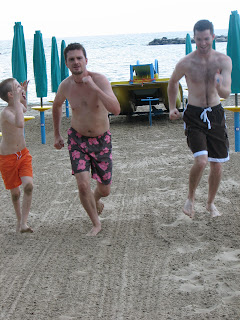 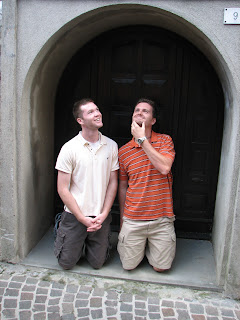 Last Saturday, our 2007 Pathways team arrived in Ancona. The team is comprised of 4 people, Jen (trip leader), Rae, April and Brian. They will be helping us out until the first part of August. Please keep them in your prayers!

Then, last night at around 21:00, my brother, Tim, and his wife Shauna, arrived by train in Ancona! Two of their bags didn't show up and they had a train delay which meant they spent 9 hours getting from the airport in Rome to our house, but they are here and we are glad! To top it off, it was their Anniversary - we are touched that they would want to spend it with us.
Posted by Jason Casey at 9:30 AM 1 comment: